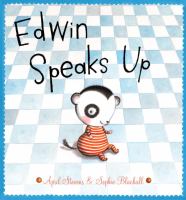 APRIL STEVENS is the author of Waking Up Wendell, which received two starred reviews and was a 2008 Bank Street Best Book of the Year. Kirkus Reviews called it "as absolutely charming as a sunny morning can be." She also wrote an adult novel, Angel, Angel. SOPHIE BLACKALL received the Ezra Jack Keats Award for New Talent. She is the illustrator of Meet Wild Boars, a Bulletin Blue Ribbon selection; Jumpy Jack & Googily; What's So Bad About Being an Only Child?; Summer Is Summer; and others. A native of Australia, she now lives in Brooklyn, New York. Visit her at sophieblackall.com.